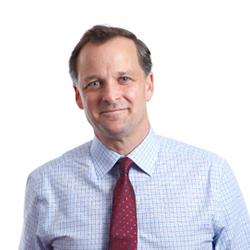 Ian began his marine career in 1990 as a U.S. Navy Surface Warfare Officer serving two tours in the Arabian Gulf during Desert Storm/Desert Shield. He subsequently also served as an Officer in the U.S. Coast Guard Reserve. He came ashore to manage the North American Pricing Department for K Line America from its New Jersey headquarters. He subsequently joined the global marine insurer, Gard AS, where he led North American Market relations. He returned to commercial shipping to become the head Corporate and Business Development for a legacy NYSE listed shipping company managing its worldwide commercial relationships for a 50 vessel fleet which included car carriers, dry bulk, multipurpose, Jones Act and military sealift vessels. Thereafter he was recruited to head Americas business development for Canada Steamship Lines (CSL) the largest Canadian dry bulk owner/operator. He has recently returned to marine insurance to lead the North of England’s Americas office from New York City. Ian sits on the Board of Directors of the National Cargo Bureau (NCB), is a qualified chartered property & casualty underwriter and is affiliated with various worldwide maritime organizations.  He holds a BA in Economics and a Masters of Science of Economics from the London School of Economics and Political Science (LSE).