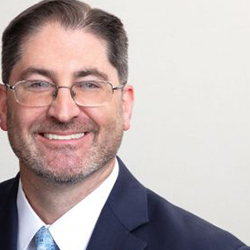 Frederick William (“Billy”) Swaim III is a native New Orleanian who honed his legal habits early, born to a home where the language of law comprised the daily discourse with his dad and namesake a law professor for four decades, his mom a litigator, and his older sister a future prosecuting attorney.
After obtaining his Juris Doctorate from Loyola University New Orleans College of Law, Billy secured a Masters of Law (LL.M.) in Admiralty from Tulane University, with distinction. While in the LL.M. program, he published in Benedict on Admiralty. Billy joined Galloway Law Firm soon after earning his degrees. He is licensed to practice law in Louisiana, is admitted to practice law in the federal courts in Louisiana and Texas, has handled many cases in other United States jurisdictions on a pro hac vice basis (Alabama, Florida, Mississippi, New York, Ohio, and beyond), and has been involved in several international arbitration and litigation matters. He is an experienced litigator with a practice primarily focused, domestically and internationally, on maritime (blue and brown water), construction, property (including bad faith), coverage, and corporate / transactional law. Billy has presented on many topics around the world including moderating a panel at Energy Insurance London in 2020. He has also taught classes (as an adjunct / substitute professor) at Loyola University New Orleans, Tulane University A.B. Freeman School of Business, and Tulane University School of Law. He is a member of the Louisiana State, New Orleans, and Federal Bar Associations, as well as the Southeastern Admiralty Law Institute and the Maritime Law Association of the United States, among others.