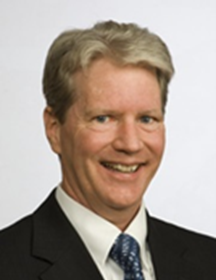 Frank first joined Gard in March of 2008 and was assigned to the Casualty/Environmental/Property department in the main office in Arendal, Norway.  He was also attached to charterer/trader group for several years, and still works on charterer/trader matters occasionally.  In 2010, he was transferred to Gard (North America) in New York, where he still works today.

In his work at Gard, his specialty is marine casualty handling, with an emphasis on environmental claims, including fuel/cargo spills, coral reef damage, and other types of vessel pollution. He has worked on numerous marine casualties in his career, not only in the U.S., but in Mexico, Spain, Norway, Italy, Argentina, Brazil, and other locations.   He is also involved in marine casualty response planning and preparation and participates or organizes drill exercise programs.

As a maritime lawyer, before joining Gard, he practiced as a partner in a well-known maritime law firm in the Houston area, recognized as the worldwide center of offshore energy exploration and production.  As a result, Frank worked on various offshore energy facility and service vessel related cases, involving casualties and contractual issues.

He is a proctor member of the Maritime Law Association of the United States and served as an adjunct professor of law at the University of Houston Law Center.  He is an active member of the State Bar of Texas.

He is the author of numerous law review articles published in the Tulane Law Review, the American Bar Association Admiralty Law compendium, the Texas Environmental Law Journal, the University of San Francisco Maritime Law Journal, and has been a contributor to various shipping and legal periodicals.