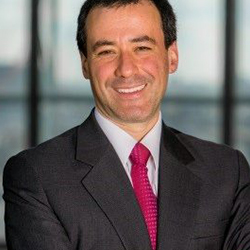 Since January 2016, Daniel assumed the role of Lloyd’s Regional Head for Latin America, and since September 2019 he is also in charge of the Caribbean (and is currently based in Miami).  Previously he served as Head of Operations and Strategy for Global Markets (since January 2014). In these roles he has supported Lloyd’s growth in international markets and the implementation of Lloyd’s strategy and vision.

Prior to joining Lloyd’s, Daniel worked for nine years at Zurich Insurance (Switzerland), in strategy and business development roles, and spent the last three years as Head of Strategy for General Insurance. He previously worked for UBS Investment Bank in London (2001-2005) in M&A Advisory and Strategy. In Peru, his country of origin, Daniel worked for Telefónica Sistemas as Financial Director (1996-1999) and began his career at AFP Integra (a mutual fund) as Investment and Financial Planning Analyst (1995).

He holds an MBA from the University of Pennsylvania (Wharton School) and studied Business Administration and Accounting at the Universidad del Pacífico in Lima.